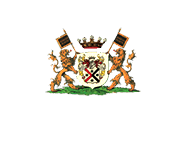 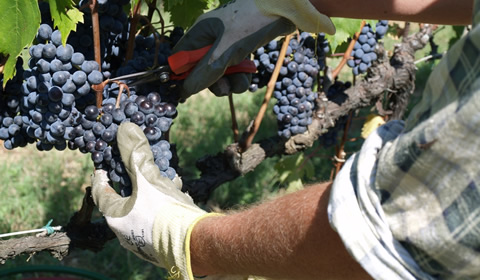 The Tuscan earth has produced great wines and olive oil of distinctive quality for centuries... "Chianti" has sparked passion into the souls of lovers of good food and wine all around the world.

This Passion for the land, good wines and extra virgin olive oil inspired the Galardi brothers, Alberto and Carlo, descendants of a long line of Florentine traders, to acquire the estate of Tenuta di Poggiopiano back in 1935.
It marked a significant turning point in the history of the family which has since then dedicated itself exclusively to the production of wines and olive oils and later on to the production of agricultural farm implements and machinery: mills, olive presses and systems for pressing grapes and extracting olive oil. There are numerous documents, letters of correspondence and publications which make reference to the Galardi brothers ingenious innovations and mechanical inventions, which helped not only to improve the quality but also hygiene conditions in the extraction process; with only the Second World War managing to halt developments.
After the 'big chill' in 1985, which destroyed a large part of the olive trees and damaged many vines in Tuscany, Mauro Galardi - a young twenty-year old, with the same grit and determination as it occurred with his predecessors decided to start "from scratch".
He cut most of the olive trees, pulled up all those which had been ruined, re-planted new vines and restored all the old farm buildings which were then let out for farm holidays. He studied anything he could on agronomy and the art of wine-making, putting to professional use his great passion for wine. Today, Mauro holds on fiercely to the idea of family management and his desire to build on and preserve traditions, while at the same time giving measured consideration to developments being made in the fields of wine-making and extra virgin olive oil production, which have dominated the scene in recent years.
His idea is to involve others in his passion for the land and its produce, wine and extra virgin olive oil, and to let them enjoy the peace and tranquillity of the countryside.
The same firm belief guides Mauro, as it did his predecessors: the desire for quality. Like them, he is constantly researching and updating his knowledge for technical innovations. The family tradition of passion for mechanisms and inventions are an integral, indispensable part of his ideas for the future. 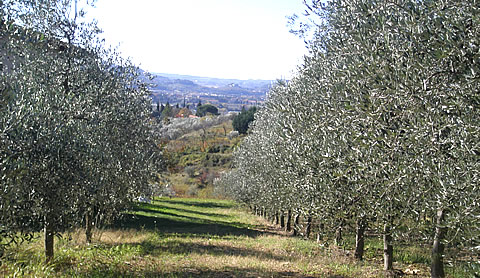 The Farmhouse: its location, the development

The Fattoria di Poggiopiano is situated in the hilltops of Fiesole which look south out over the Arno Valley, near Florence.

The vineyards and olive groves are spread over 17 hectares, 150 metres high up on gravely chalky terrain, which contributes to the limited productive quantity but, more importantly, to the high quality of vines and olives. Their total exposition to the south guarantees excellent climatic conditions.  From a plant health point of view, the absence of humidity reduces the risks of parasite infestations thereby favouring considerably cultivation which has a low impact on the environment according to the regulations for Organic Agriculture.

Excellent maturation enjoyed by both the vines and olive trees produces fine aromatic fruits which in turn endow both the wines and olive oils with distinct qualitative flavours.  In keeping with the firm belief that a good wine is obtained from the vine itself the vineyards have been completely re-worked in recent years, using only selected vines to obtain an extremely high quality, according to the "equation":

The olive groves have also been re-worked. Only traditional Tuscan olive trees, famous for producing the best olive oils in the world have been selected: Frantoio, Moraiolo and Leccino.

All the machines and work tools have been renewed according to a work philosophy which respects the environment, desires to obtain the very best quality and guarantees strict hygiene in the transformation and preservation of the products.